Sadly the ‘uninformed’ hold the rest of us back! We will ALL rejoice the time when the majority wake up to the ‘bullshit’ and turn their backs on the injustice and lies and ‘call it’ for what it really is, a plan for our enslavement or demise! – Samantha Rayn Bachman

We are being force fed propaganda, poisoned, lied too, tricked out of our earnings and lulled into a false sense of security and freedom, for what?  So the 1% can can drink champagne and toast to our ignorance, whilst they rape our minds and the planet!

Things need to change! We must seek the truth, regardless of culture, religion, beliefs, education or political views etc.,

Note: If you are offended by the word F*#K, I forgive you 🙂

What sort of world have we allowed to be created due to our ignorance of the elite’s plans to rape and kill us and our planet? Instead let us awakening to a new humanity and reclaim our souls and our planet – Samantha Bachman 🙂

Are people finally waking up to the fact that most of what we are told is far from the truth or are we ignorantly in bliss?

And there’s more:  Let’s look at the even bigger picture for a minute.

“We have more health care, more medicines, more doctors, more specialists, more supplements, more therapists, more low fat, more low calorie and more health education than we have ever had, yet we are the sickest, fattest and unhealthiest we have ever been. Then on top of that we have all the ‘self-help’, ‘laws of how to’ and ‘you-can-do-it’ information out there; yet we have more depression, feelings of hopelessness, anxiety and financial ‘suffering’ than ever – so we are no better off. Something is obviously wrong ”.

“The fact is that most of us are no closer to the perfect life than we were when we started looking for it. We have surrounded ourselves with material things. Our happiness is brought about by the wants of our ego. Many of our relationships are shallow and ego driven. We have lost connection with our children and have raised them on a diet of poisons and drama. The toxic unnatural foods we feed them are robbing them of their physical strength and energy. The TV and the drama that goes with it, is robbing them of their identity as they are judging them selves against what they see on TV and in the media.

It seems as life has gone on we have drifted further and further away from our knowledge of truth and wisdom and our connection with the ‘ocean of thought’ that surrounds us.

“It is time once again to know the truth about reality, about ‘who’ we are and how to get out of the modern day insanity we have created for ourselves and humanity in general and know our true potential and possibilities as humankind – to reclaim our life, our health, and our soul before our children inherit the bullshit we have allowed to spread over the earth whilst we were sleeping.

Humanity’s challenge at this decisive point in history is to wake up to the fact that there is a global [elite] cabal that is desperately attempting to expand it’s tyrannical system of human enslavement. Simultaneously human consciousness is growing with unparalleled expansion and this is a grave threat to the tyrants. Only one of these forces, humanity or tyranny, can succeed and the world we handover to our children and future generations will be defined by our success or failure in this regard. The irony is that the tyrants have no power but that which we have unwittingly relinquished to them – in order to create a better world we simply need to take our power back. 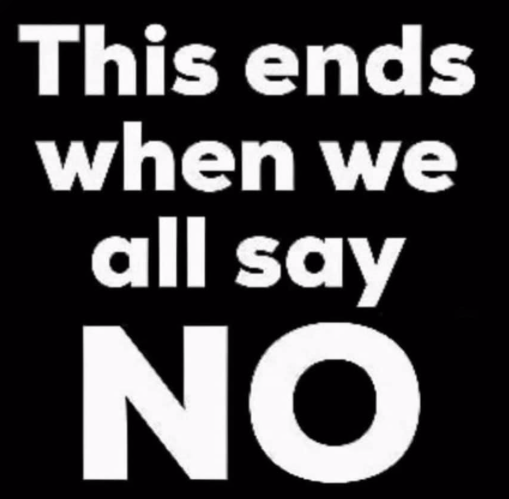 We are being distracted to death. It takes a fool not see what is really going on behind the scenes. I bet our ignorance is ‘bliss’ to the elite cabal – Samantha Bachman

The videos on this site will certainly give you much to ponder. Whether you watch some of the videos, on this site or another website, the important thing is that you are here at this point in time, because I’m hoping you are interested in finding out if the rumors are truth. Rumors such as, there actually is a ‘Conspiracy’ and that we are all being deceived by a power that does not give a f#*k about us and our individual quality of life. These ‘Elite F#*kers’, can vaccinate like crazy in many 3rd world areas, yet still not feed them beyond near starvation, whilst poisoning us in western world with foods, drinks and drugs! Think about it and you’ll see it too.

Watch all the video’s below and let’s talk as the informed and awakened ones.

Wow: I sat in silence after watching the above video. It made me sad to think so many lives are ruined, due the intentional ‘Dumbing’ of humankind.

ZEITGEIST 3 – Moving Forward
On Jan. 15th, 2011, “Zeitgeist: Moving Forward” was released theatrically to sold out crowds in 60 countries; 31 languages; 295 cities and 341 Venues. It has been noted as the largest non-profit independent film release in history.

The sad truth of where we are at currently.